Posted by sonicfrog at 7:10 PM No comments:

Well It's True That In My Manners.... 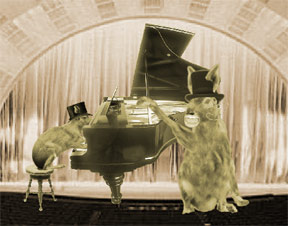 
PS. I started the New Year with one of these, so it is only fitting I close with one too!

PPS. The blog will get a major upgrade within the next few days. Stay tuned!

Ewdards For Prez - Round Two. 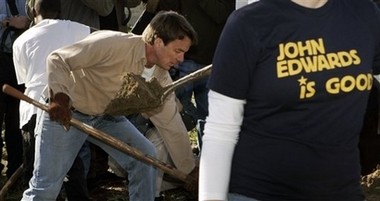 I still think the Democratic primary nomination is Gore's, if he decides to have another crack at it. What I think is interesting about John Edwards digging his way into the race is not the man himself, but the mindset of people who are latching on to his candidacy and functioning as his campaign cheerleaders. I drive around a lot which affords me the luxury of channel surfing the radio. I sometimes listen to Air America to get a glimpse of the left perspective. The far left contingent, Randi Rhoads, Rachiel Maddows (*sp*) are enamored with him, and have been talking up his candidacy for months. What I don't get is why, to them, Edwards is so much better a candidate than Obama Barrack. Lets compare.

If You Can Say It - You're A better Man Than I! 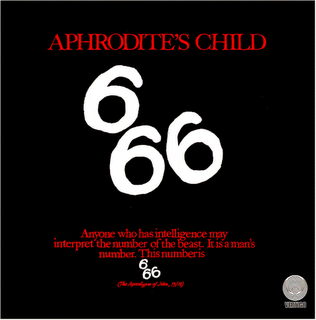 It's the term for people who fear the number 666.

Question: What is the term for people who invent words that are unpronounceable?

Hat Tip: BBC News via Slashdot.
Posted by sonicfrog at 10:52 PM No comments:

But he is still going to try and get the students for kidnapping and sexual offense charges. From the MSNBC article:

“It’s highly coincidental,” said defense attorney Joseph Cheshire, that the charges are being dropped a week after the director of a private DNA testing lab acknowledged that he initially, with Nifong’s knowledge, withheld from the defense test results showing none of the players’ DNA was found on or in the accuser’s body.

This prosecutor, having changed his story more times than the accuser, now has less credibility than she does in the case. How can this case still be judicated, how can he still be working as a prosecutor after this.

UPDATE!!! Well, that didn't take long. The North Carolina Bar has been looking into this since April. Good for them.

PS. Yes this was posted a week or so ago, but if I update it but don't move it up, no one will see the update. It's my blog and I can do what I want here.
Posted by sonicfrog at 10:48 PM 1 comment:

(Link Is Probably NSFW) I am horrifiied that I feel compelled to see THIS MOVIE!!!
Posted by sonicfrog at 10:58 AM No comments:

My Dad and the Red Guitar

Anyone who knows my family knows how much music has been intertwined into our little corner of the social quilt. Back in the ancient period classified as the 1970's BCD (Before Compact Disks), the siblings and I would sit around the table listening to our favorite LP's, singing and harmonize along with our favorite artists: Simon and Garfunkel, The Kingston Trio, Chad Mitchell Trio, Peter Paul and Mary, and The Eagles, just to name a few. Debbie sang in the Cal Poly San Luis Obisbo choir. Brenda, Jeff, and, later, Rob learned to play guitar. Mary Beth and I were in grade school and high school band together, MB playing trombone and clarinet, and I played baritone horn (we both quit because we hated the high school band teacher; we thought he wasn't very good at his job - hey, we were 16'ish and knew everything). Jeff, Rob and I are, or have been, in various bands for the last twenty years or so. So many memories of Mom learning to play piano. Debbie, Brenda, and Jeff still play the beast. Even I have tickled the keys at one time or another.

And then there is Dad. I would love to say that Dad was an orchestra conductor or a trombone player, or played the sax in a rock or swing band, but as far as I know, he didn't. There is only one musical instrument that comes to mind when I think of my father - a red, hollow body, electric guitar. I don't know what brand it was or if it was a collectors item; for all I know, it was an ordinary guitar. And I don't remember ever seeing him play the thing, and don't know if he ever did or could. It is not the playing of the instrument that brings it to mind, but more the departure of the thing that makes it so special. He sold it at the neighbors garage sale in or around 1973. I haven't a clue how much money he got for it or what it was actually worth, I just remember that it was a pretty red guitar.

So why is that red guitar so important? I'll explain.

Dad loved music too. He loved those groups we used to sing to, and when we would sing to those records, dad was there singing along, or more often just listening to the voices of his children. He would sing songs to us at bedtime when we were little kids. One favorite was "The Fox", another was a pirate shanty called "The Keeper of the Eddiestone Light". Dad was always curious about or bands, and was proud of his musician sons and daughters. But he never played. He never had time, what with raising six kids and all. I didn't think much about the guitar at the time, but later it became a symbol of sacrifice, a concept you only really understand when you become an adult. I never asked him about the guitar or why he sold it, but it came to represent the choices we make in life, to give up one thing for something more important - family.

One the day of his passing, during the last fading hours of his life, Debbie, Mary Beth and I sat in Dad's hospice room for some time, singing and harmonizing to songs from the first two Simon and Garfunkel albums. MB and I even included made up and joke lyrics - "fools said I you do not know, silence like a casserole (instead of cancer grows)", "and words, like silent raindrops fell, GO TO HELL". We laughed and cried. Dad was at that point a shell. Anyone who has been through the death watch of a loved one knows this final state; where most of the organs have stopped working, but the clock that controls the breathing reflex and the heart has not quite wound down. The man we knew as our father was already gone. But if some part of him was still there in those last moments of the man, Dad would have been thoroughly amused.

I love you Dad.

PS. In the song "Eddiestone Light", there is a lyric about the mother sitting on a buoy. Well, when we were kids, we didn't know there was a floaty thing called a buoy, so we could never understand why the mother would sit on a boy. Poor kid! He'll drown!! What a horrible woman!!!
Posted by sonicfrog at 9:51 AM 1 comment:

Just want to wish all y'all a Merry Christmas. I feel a feverish post coming, but I have to go to the pseudo-inlaws soon and don't have time to write. Talk soon.
Posted by sonicfrog at 7:55 AM No comments: